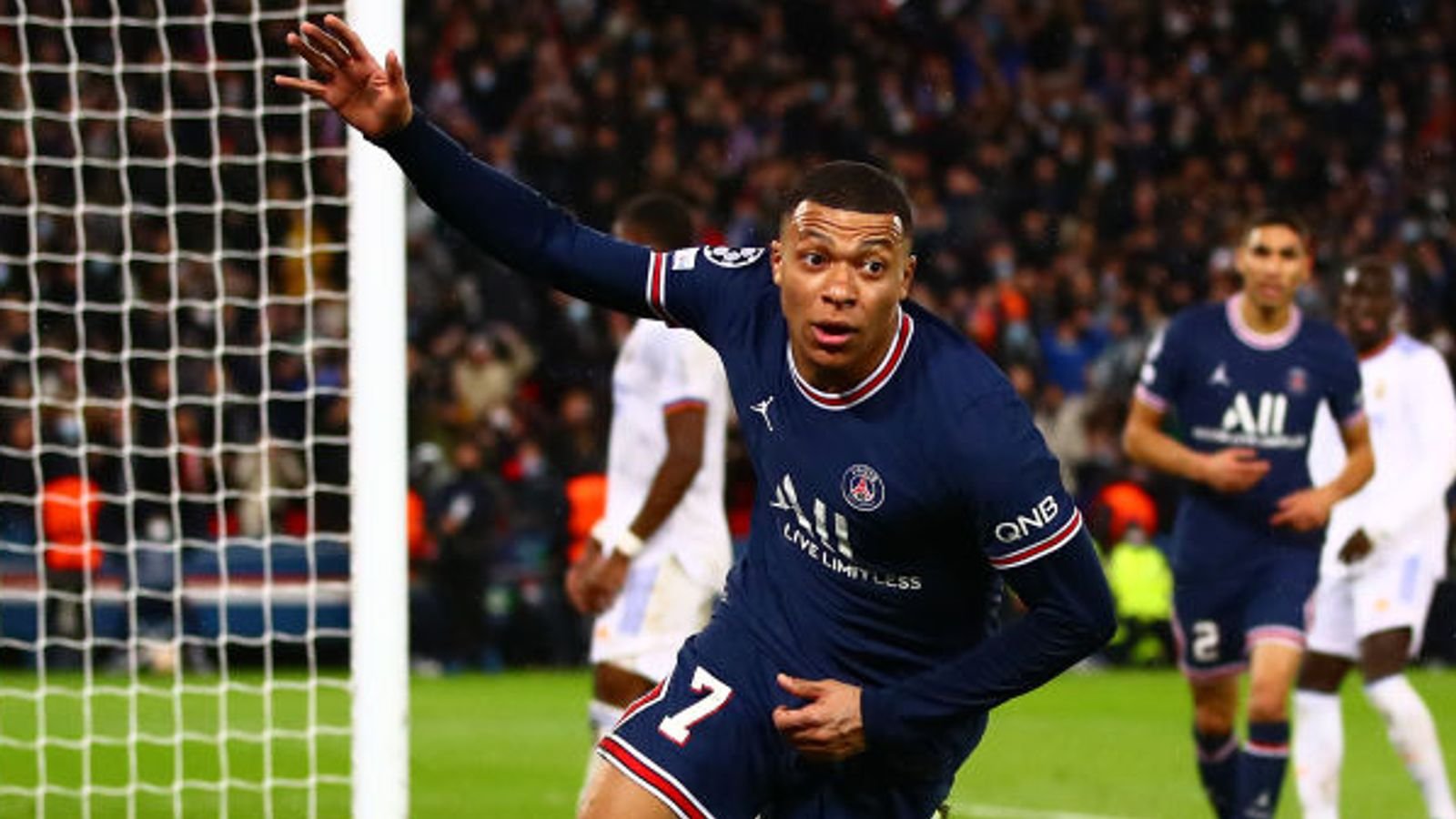 PSG had appeared to be heading for a frustrating goalless draw in the French capital after
Lionel Messi saw his 62nd-minute penalty saved by Thibaut Courtois.

The visitors’ giant Belgian goalkeeper guessed correctly and dived low to his left to turn
Messi’s spot-kick behind for a corner in what looked like being the pivotal moment of the tie.

All this after Mauricio Pochettino’s side had dominated most of the clash, only for Mbappe to twice
be denied by excellent Courtois stops in each half, before Messi was given the chance to
break the deadlock from the spot after Dani Carvajal had foolishly lunged in on Mbappe in the box.

Both managers brought on a raft of substitutes in an effort to break the deadlock,
with the hosts seeing the return of Neymar after a four-month layoff with an ankle injury,
while Real introduced Wales forward Gareth Bale, but with little effect.

That was until the fourth and final minute of stoppage time when Neymar’s cheeky back-heel released
Mbappe down the left side of the area and within the blink of an eye the striker’s quick
feet saw him one on one with Courtois.

The angle was tight, but Mbappe – who has been consistently linked with a move to Real
this summer – kept his cool to side-foot home through Courtois’s legs for his 22nd
goal of the season to hand PSG a slender advantage heading into the return leg in Madrid on March 9.

“It was a great game for us and I’m always ready to help my team, there are no distractions,”
said Mbappe, who has now scored 13 goals in his last 13 Champions League matches.

“We have to be humble and the second leg is still open. It will be a hard game but we will have the advantage and are very confident.”

Real Madrid finished the game with zero shots on target while PSG had eight, with almost 60 percent of possession.

Real will be without Casemiro and Ferland Mendy for the second leg. The pair were both
shown yellow cards and will be suspended for collecting three yellows in the competition.

“Our counter-attack didn’t work today,” Courtois told reporters. “It’s hard to lose but the second leg is
wide open. We have to win and we will try to do it in front of our fans, which is a great advantage.”

Courtois repeatedly frustrated Messi and Mbappe. His best save came early in the second half when
Messi stepped up for the penalty after Mbappe had been fouled inside the area by Dani Carvajal. The Belgian stretched low to his left to stop the Argentinian’s shot with his hand.

But 30 minutes later Mbappe found the winner and Courtois could only watch as
the ball went through his legs and into the corner of the net.

“Mbappe is the best player in European football,” Real manager Carlo Ancelotti said. “We didn’t play well but we are not dead yet.”